When Martin Luther inadvertently began the Protestant Reformation in October 1517, it was his judgment that the Catholic Church had adopted unbiblical and destructive ways that were calcifying the body of Christ, which is to say the church.

Donna Schaper, senior pastor of Judson Memorial Church in New York City (it’s affiliated with both the American Baptists and the United Church of Christ), has sad but accurate news for Protestants today. She writes: “Today, we have the same fossilization of institutional religion, only this time it is us Protestants.”

It’s hard for those of us who have been part of the Presbyterian Church (U.S.A.) for a long time to hear this sort of stark diagnosis. In fact, if we’re being honest, we would acknowledge that many of us at one time or another have thought that if only everyone else in the world were a nice Presbyterian the planet would be a lovely, peaceful place. Our theology, we’ve thought, would serve everyone well.

And while I continue to believe the PC(USA) has given — and continues to give — the world many gifts of grace and beauty, we all know that it’s long past time that we Presbyterians recognize that Religion News Service blogger Jacob Lupfer has it right when he writes: “Protestantism is in the doldrums. Its historic denominations are in decline while its growing sects hardly emphasize their Protestant identity.”

All of this sounds like terrible news, and maybe it is. But I prefer to think of it as what the late Phyllis Tickle, in her important book “The Great Emergence,” called another of the church’s every-500-year rummage sale of stuff and ideas we no longer need.

In fact, it’s time to pay more attention to — and get involved in — what Schaper calls the “next Reformation,” which she says already has started.

That effort at reforming the church, it turns out, is lively and Spirit-filled. It speaks to the world’s wounded and helps them heal. It incarnates the sacrificial love that defined the life of Jesus.

In a piece Schaper wrote last fall for the University of Southern California’s “Religion Dispatches” website, she offered this promising news:

“The next Reformation in this 499th year of the last one is already in full swing. It is ‘big God’ optional and spirit-friendly. It has a narrative of a great rising from democratic roots. It uses technology to further democratize so-called religion. It is global in its reach — imagining that nobody has the right name for God yet.”

As we join this next Reformation, let’s remember what Martin Luther didn’t throw out 500 years ago. He didn’t throw out the baby Jesus with the murky bathwater of what he thought had gone wrong in the church.

He held on to Scripture, too, though “sola scriptura” has been problematic in various ways. Luther held on to the living Christ. He held on to the need for some kind of institutionalized ecclesial structure to serve the needs of the people. We, too, must hold on to those things in this next Reformation, even as we let go of much that no longer serves the interests of God in the 21st century.

We would do well to remember that our structures, our polity and sometimes even our decency and order can prevent us from finding those places in the world where Christ already is at work in ministries of mercy, comfort and love. We need institutional structure for sure, but when that structure numbs us to the movement of the reforming, refreshing, uncontrollable Holy Spirit, we must replace it with something that’s more in tune with Radio God.

That’s what is beginning to happen in some of our 1,001 new worshipping communities and in new expressions of worship beyond Presbyterian boundaries. Let’s welcome this “next Reformation,” not smother it with stodgy rules of etiquette.

BILL TAMMEUS is an elder at Second Presbyterian Church in Kansas City, Missouri. Visit his “Faith Matters” blog. Read about his latest book . Email him at wtammeus@gmail.com. 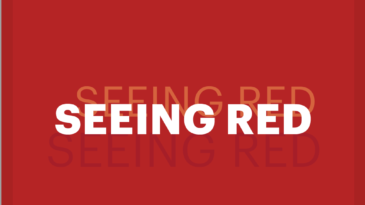