In 2017, the PC(USA) lost 147 congregations — including 45 that were dismissed to other more conservative denominations, part of the fallout of the PC(USA)’s decision to allow the ordination of gay and lesbian ministers who have partners and to allow the denomination’s ministers to perform same-sex marriages.

J. Herbert Nelson, the PC(USA)’s stated clerk, reported last fall that the PC(USA) had from 2012 to 2016 dismissed 303 congregations (representing 121,383 members) to ECO: A Covenant Order of Evangelical Presbyterians, including some of the largest churches in the denomination. Those departures to ECO represent just over half (52 percent) of all the dismissals during that time period; another 43 percent went to the Evangelical Presbyterian Church. And other congregations left without waiting to be formally dismissed by their presbyteries.

Some of the other losses came when small congregations, unable to financially afford to keep going, closed their doors.  That reflects another trend in the denomination: Most Presbyterian congregations are small (fewer than 100 members), but most Presbyterians attend larger churches. In 2017, the PC(USA) dissolved 104 congregations and organized 18.

There also are implications for evangelism. The PC(USA)’s loss of members through deaths and transfers to other denominations hasn’t been matched by gains.  One example: the number of baptisms in the denomination fell by 829 from 2016 to 2017.

The Office of the General Assembly press release follows: 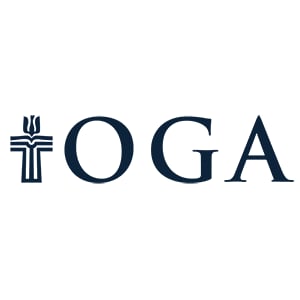 PC(USA) membership decline slows, but does not stop

At the same time, a five-year period of unprecedented losses between 2012 and 2016 – brought on by the dismissal of about 100 churches (and their members) each year to splinter denominations after the 2010 General Assembly voted to allow the ordination of lesbian, gay, bisexual and transgender as church officers and the 2014 Assembly voted to allow same-gender marriage – neared an end as net membership losses returned to previous levels over the last 50+ years.

“It is clear our unusually large losses between 2012 and 2016 are directly related to churches dismissed to other bodies,” says Kris Valerius, manager of records and statistics for the Office of the General Assembly.

But while the turmoil of the previous five years seemed to abate in 2017, the PC(USA) is still showing an annual drop in membership, a reality that distresses General Assembly Stated Clerk J. Herbert Nelson, II. “It is clear that Presbyterians are doing poorly at evangelism,” he says. “Churches leaving was a temporary roadblock. Our inability to share the faith, to demonstrate the power and justice of Jesus Christ and his church to change a world where inequality, injustice, violence and war seem to gain strength daily is a critical factor in our failure to grow.

“The church is not dying, it is reforming,” Nelson insists, “and that reformation must be built on a vision of God’s kindom that is compelling to people who find us lacking. We have that vision – it is part and parcel of the Gospel of Jesus Christ. We simply must find new ways to proclaim it and, more importantly, live it out in our congregations.”

As evidence, Nelson points to “other losses” – persons who are simply removed from the rolls of PC(USA) congregations. In 2017, 20,162 transferred to other churches and 25,565 Presbyterian church members died. But the “other losses” totaled 74,129.

Those losses were not matched by gains. Total member gains (professions of faith, reaffirmations, restorations to membership and transfers from other churches totaled just 52,142 – the lowest number in nearly two decades.

Demographically, the percentage of women ministers, ruling elders and deacons continues to increase, as does the percentage of ministers who are people of color. But the membership of the PC(USA) continues to exceed 90 percent white (90.62 percent). Asians make up 2.96 percent of the PC(USA). Hispanic Presbyterians make up 1.47 percent of the denomination, while 2.5 percent self-identify as African American, 1.12 percent as Black and .64 percent as African. Less than one-third of one percent of Presbyterians self-identify as Middle Eastern, Native American and “other.”

“I don’t despair, I never despair,” Nelson says. “The challenges before us are clear, but so is our vision, so is our call and so is our determination to follow that call, which comes from Jesus Christ. I will not be satisfied until we are a growing church.”

by Jerry Van Marter, Office of the General Assembly