For a Gospel into that whole brevity thing, Mark devotes a lot of space to the account of John the Baptist’s death.

There is no birth narrative in Mark. Mark begins with (wait for it…) John the Baptist. Jesus’ baptism and temptation are allotted five verses total. The account of Jesus’ rejection in Mark’s Gospel leaves out copious details found in Luke. We don’t even get the story of the resurrection in Mark’s compact recording of the life and death of Jesus. And yet, the writer of Mark gives a 16-verse rendering of John the Baptist’s beheading by Herod. What’s so important to Mark in this gruesome story in which there are no good actors, save the one whose head ends up on a platter?

I don’t think this is a mere morality tale about power and its abuse, although that’s in there. Nor do I think Mark relishes the horror for horror’s sake, although the writer of the Gospel does not spare the disturbing details. Rather, this story of John’s tragic fate has implications for the entirety of the Gospel and for the life of faith of Jesus’ disciples then and now. Keep in mind, this story comes after the sending of the 12, perhaps as a shocking object lesson to what happens to those who speak God’s word to those for whom its truth is convicting and less than lifestyle affirming. Maybe, too, this story of John’s demise marks a transition in the trajectory of Jesus’ story. John pointed to Jesus, prepared the way for him and now in John’s absence Jesus’ disciples must take on greater responsibilities and assume greater risk. If ever followers of Jesus thought there would be a triumphant ending to this Jesus-journey, John’s fate reveals otherwise.

Certainly, this execution of John foreshadows the crucifixion of Jesus. Even if those in power are fascinated by the word proclaimed, intrigued by the deeds of power, sympathetic to the message, and willing to note the just and holy nature of the speaker, still their loyalty to status and the need to keep the power they possess leads to the death of God’s messenger and eventually God’s Son. Divine work had deadly consequences. Mark recounts the real ramifications for standing up to evil.

All this space given to tell this story demands that we sit with its ugliness and examine where we find ourselves within it.

This text calls forth a host of questions.

Who are we desperate to silence? The answer to this question may reveal the truthful Word of God we do not want to hear. If there are those we absolutely wish would keep silent, whose voices make us cringe and whose message feels like judgment, we may well want to stop and listen despite our visceral need to shut them up.

How are we complicit in the murder of the just and holy? No one wants to answer this question. The great ones of the day, the first ones of Galilee, all they did was attend the party of Herod and who would turn down that invitation? Even if you don’t agree with his politics or policies, he is the ruler, and what an honor to be invited, right? Who are you to speak up and say: “Hey, Herod, maybe don’t do as the girl asked. Your strength could be made evident in adhering to your principles, rather than capitulating to your ego.” Are those simply attending the banquet culpable for the murder of that just and holy man, John the Baptist? Surely not. They don’t have the power to intervene and such a stand would get them not only permanently blacklisted, but potentially served on a platter too.

How have we acted to save face rather than act with integrity? I’ll just let you sit quietly with this one for a minute.

What actions haunt us and what do we need to do about that unease? No expansion on this needed, either.

Are we willing to point to Jesus, prepare a way for him, go to towns and villages, healing, casting out demons and proclaiming (like John) repentance? That’s the marching orders the 12 got just prior to this reading for today. The cost of this mission is high: our very lives. Wouldn’t we rather get a banquet invitation than sit and eat with whatever sinner offers us a seat at their paltry table?

Where do we imagine the Kingdom of God is manifested — palaces or prisons? It appears as if Herod and Herodias are winning. They call the shots. They have the wealth. They control the executioner. John the Baptist’s head ends up on a platter and they live to throw another party. Where is God’s providence and power in this scenario? Mark, in devoting all this time and energy to the account of John’s death, wants to say emphatically that God’s providence and power is in the prison cell, not the palace. God will work through the 12, hardly the great ones of Galilee. God will bring the redemption of the world through the One crucified, dead and buried. God’s Word will not be silenced, despite all worldly evidence to the contrary.

No wonder people can’t comprehend Jesus’ true identity. No wonder they can’t figure out the source of Jesus’ authority. No wonder they want to put this whole Jesus movement into boxes with which they are familiar. Neither they, nor we, can imagine that ultimate power could be found in prisons cells, poor people and the condemned.

This tale of manipulation and murder foreshadows the fate that will befall Jesus, the One neither family nor crowd could categorize. The message for the 12, and for all disciples who come after them, is daunting: Those who wish to save their lives, will lose them. The gospel, Mark says, demands our life, our all. Speaking God’s word has real life consequences. Engaging in God’s work of defeating evil doesn’t gain you worldly favor. But rest assured, despite all evidence to the contrary, God’s will and Word will not be thwarted. If we want to be reminded of that truth, we may need to leave the palace and go instead to the prisons. 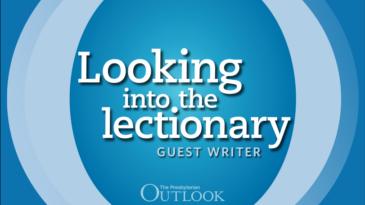