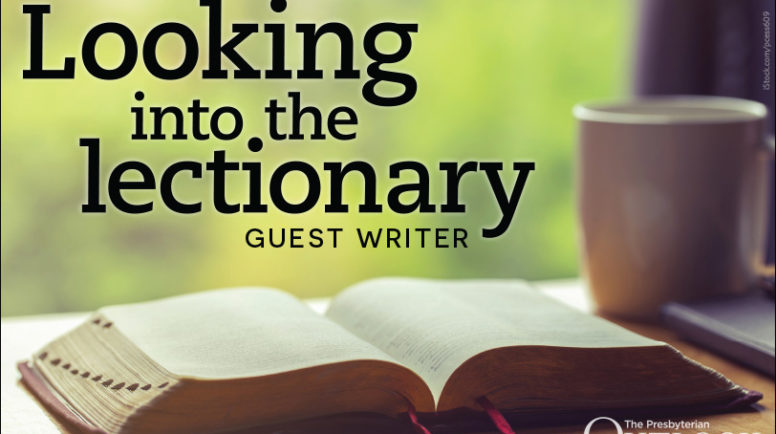 Lectionary reflections are sent to the Outlook's email list every Monday.

Thanks to this week’s guest writer! Brian Christopher Coulter is pastor at First Presbyterian Church in Fort Worth, Texas. If you’d like to print the .pdf, click LITL_12.5.21.

Denver Moore was a speaker, a writer and a New York Times bestselling author who lived out his later years in Fort Worth, Texas. His most quoted words are his book “Same Kind of Different as Me:”

“Just tell ‘em I’m a nobody that’s tryin’ to tell everybody ’bout Somebody that can save anybody.”

I moved into his city of Fort Worth about seven months ago and quickly learned that Moore remains a kind of a local legend around here. Even though he passed away in 2012, his story permeates the streets, and his life lingers in their collective memory.

Moore lived a hard life. He grew up as a sharecropper, worked on a plantation and lived most of his days in a small town in the South before he decided one night to jump a freight train and ended up in Fort Worth without a job, without a home and without much hope. Now, Moore was a man of faith, and we could make a strong theological argument against his own declaration that he was a “nobody” — but that’s not the point I want to address today. He felt like he was a nobody. He internalized that status. He lived with that belief that sprung from his lived experience in this world.

In reading through the lectionary passage this week from Luke, this quote came to my mind as I thought about John.

The first 49 words of this passage are all about the powers that be. Luke is placing us in the historical context by naming what is taking place in the world at that time. We begin the list with the ever-impressive Emperor Tiberius, the ruler of Rome, who appears to be 15 years into his rule (so we know we are entering a story already underway). Then we have the cataloging of the governors and second-tier leaders of all the surrounding territories: Pilate in Judea, Herod in Galilee, Lysanias in Abilene and their “bro” Philip pulling double-duty in both Ituraea and Trachonitis.  At this point, the socio-political map has been fully presented. But wait, there’s more! Then we have the high priesthoods of Annas and Ciaphas noted, which adds a religious dimension to our already overcrowded list of rulers. When it reigns, it pours!

But then, by contrast, we read that the word of God came to “John son of Zechariah in the wilderness” (v. 2). These seven words together tell us an awful lot, but they are also intentionally pretty underwhelming at the same time. This “John” has no title and no territory. He apparently is the son of some random old priest who married a formerly barren wife. And he appears to be alone in the middle of a deserted landscape. Here is a nobody, who came from a no one, in the midst of nowhere!

As I get ready to preach this text on Sunday, I plan to spend some time reflecting on the power dynamics within our world. I also think that John is going to sound a lot like Denver Moore this year in my sermon. As he goes into all the regions around the Jordan (v. 3) and the locals run out to ask him who he is and why he’s come, I think he’ll just send them back with this simple message:

“Just tell ‘em I’m a nobody that’s tryin’ to tell everybody ’bout Somebody that can save anybody.”