The Presbyterian Church (U.S.A.) has made a commitment to be a Matthew 25 church.

But some in local congregations see the priorities the Presbyterian Mission Agency (PMA) has chosen flowing from that – to work on dismantling racism, to end systemic poverty, and to address issues such as militarism, gender discrimination and climate change – as being “too political.”

Some of the pushback in the PC(USA) to the Matthew 25 initiative is from those who say “it’s too political” for the church to get involved in issues such as the Me Too movement or to confront racism, said Bong Bringas, a member of the Presbyterian Mission Agency Board and a commissioned lay pastor from California. “Yes, it is political” – that’s a message he’d like denominational leaders to say out loud.

“Jesus was and is political,” Bringas said. “That’s a message that’s not being heard in our pulpits, our churches. … That’s why there’s pushback.”

Warren Lesane, chair of the board, acknowledged: “Yes, this is political in every aspect. But it is because of who Jesus was and who Jesus is.”

Those critiques surfaced Feb. 10 during a discussion of the Presbyterian Mission Agency Board, which spent much of the second day of its Feb. 9-11 Zoom meeting discussing, in small groups and as a whole, the new Mission Work Plan that is intended to guide PMA’s work from 2023 to 2024.

That plan – which the board will vote on Feb. 11, and will then be sent to the 2022 General Assembly for its approval – would continue PMA’s commitment to being a Matthew 25 church, with the priorities of building congregational vitality, dismantling structural racism, and eradicating systemic poverty. It would add in three areas of intersectionality and emphasis: gender discrimination and heteropatriarchy; militarism; and climate change.

And the board is being asked to allocate $6.5 million from its unrestricted reserves to:

Diane Moffett, PMA’s president and executive director, said the plan is to let Presbyterians in local contexts “get in where they fit in” with this work. When you drill down into the work, you see the intersections, Moffett said. For example, “when you talk about poverty, you also talk about women – the feminization of poverty,” with women experiencing higher rates of poverty than men.

Board members said these are issues people of faith should care about, because of Jesus’ message in Matthew 25 to give food to the hungry, to care for the naked and the sick, to visit the prisoners.

If Presbyterians are feeling pressure surrounding justice issues, “they’re feeling pressure by being confronted by the demands of the gospel,” said Gregory Bentley, co-moderator of the 2020 General Assembly. Each must judge “if this is of God. If it is of God, we say yes,” hoping their witness is enough to convince others to sign on. “We have to go with the goers and do with the doers,” Bentley said.

Ken Godshall, a retired minister and board member who lives in New York state, said he spoke with two pastors from his presbytery and asked them why their churches haven’t formally joined the Matthew 25 initiative. One said a member of his church stood up with his checkbook and said if the PC(USA) supported the Black Lives Matter movement, “he was going to withdraw his person and his money.”

Another said that at his church, “it’s perceived as political. … It means division of a kind pastors are trying to avoid,’ with some worried that if they support the work, then “my vocation is at risk” – they could lose their jobs.

Godshall said he sees Matthew 25 as healthy, provocative, faithful mission work, but some in local congregations resent what they see as pressure from the national church to join in. “My view is that this is good trouble,” Godshall said. “It’s what we have to do. … This is the kind of thing we need to do to faithfully disrupt.”

Kevin Johnson, a board member and pastor from Michigan, said he supports the vision, but ‘I still wonder about the possibility of doing this from the structures that are still embedded within the institution. I’ll just lay that on the table. … It’s the same old song. We talk a lot, but say nothing. We’ve been here before.”

If this work is viable, the momentum likely will come from the local action teams, deployed from PMA to work in partnership with people doing justice work in local communities, Johnson said. “That seems to be closest to the streets.”

Lesane said he’s not worried about the structure, because already “I’ve seen people whose hearts have been transformed” in ways that will make a difference. “This work that we do is gospel work. It’s hard work. It’s sacrificial work. It takes courage. It will take some people putting their jobs on the line. … Hearts are going to have to be transformed.”

Shannan Vance-Ocampo, the board’s chair elect, said the new Mission Work Plan reflects the decisions and reports of many General Assemblies. It reflects “the work of the whole church,” she said. “I see God’s hand in this. I see the movement of God’s people in our denomination. And I see the future.”

Yvette Noble-Bloomfield, an ecumenical member on the board who represents the United Church in Jamaica and the Cayman Islands, spoke of the enduring nature of injustice and oppression. “For me, this journey will never end,” she said. “I’m sorry to sound hopeless. This journey started with humanity, and will end when humanity ends.”

As a Black Caribbean woman, she has felt the impact of racism, sexual discrimination, poverty and militarism, Noble-Bloomfield said. “The journey for PC(USA) is a brave journey.” Some may be uncomfortable with it, but she encouraged Presbyterians “to keep faith with the gospel of Jesus Christ. It’s radical. It may even mean death. But we have to be faithful to what God calls us to be. Yes, some may sacrifice careers. Some may sacrifice callings to prestigious congregations. Some might be shunned and excluded. But we must keep faith with the journey.”

Moffett described the Matthew 25 initiative as “deeply spiritual work,” and said “we cannot sit back and be silent” in the midst of what some see as potentially a civil war developing in the United States. “The church – she must speak, both locally, across the street, and around the world. This is the gospel.”

Do you want to be made well?

In an opening devotion, board member Dee Cooper used as her text the story from the 5th chapter of John’s gospel of Jesus’ interaction with a man who had waited, ill and suffering, by a pool for 38 years – a pool where the water stirred with healing powers, but his illness prevented him from entering.  Jesus asked the man, “Do you want to be made well?” And then told him: “Stand up, take your mat and walk.”

Cooper turned the lens of the story towards the collective – towards the PC(USA) and the nation. 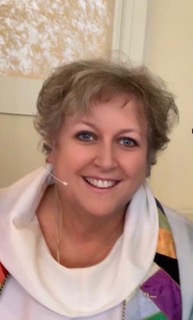 “Do we want to get well? Do we have it in us to change, to live differently?” she asked. “Where are we frozen in fear? Where are we unable to move or unable to see?”

Some say they want change, but don’t want to be uncomfortable. Some resist or get angry when asked to change – they sit along the edges, they don’t jump in. Cooper asked: “In 38 years, are we still going to be there, stuck, longing, yet not willing to move?”

She also asked “what are these incurable diseases that plague us?” – citing the disorders of sexism, hierarchy, xenophobia, homophobia, nationalism, militarism, individualism, and structural racism.

“Friends, the Spirit, she is stirring the waters,” Cooper said. “We know that healing is there. … We need to get ourselves to the rivers” – and then be willing to wade in.

The board’s meeting continues at noon Eastern Feb. 11, with a link to the livestream here.