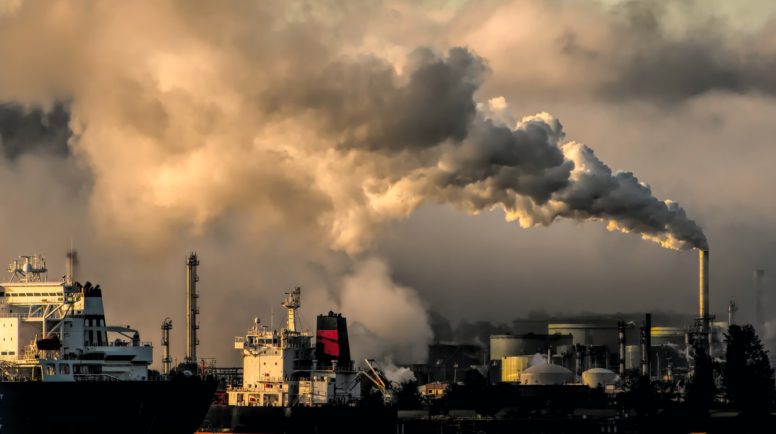 The Presbyterian Mission Agency Board on April 28 approved a series of comments on items of business coming to the 2022 General Assembly – none of which will hit the best seller charts, but which could foreshadow strands of debate at the upcoming assembly, particularly involving global warming, abortion and reproductive rights.

Regarding action on climate change, for example, the assembly will consider a recommendation from the Committee on Mission Responsibility Through Investment (MRTI) that the PC(USA) divest from five oil and gas companies who MRTI says have not made sufficient progress towards climate change goals using the strategy of corporate engagement.

Other measures, including an overture from Hudson River Presbytery, call on the PC(USA) to divest completely from fossil fuel companies – saying that global warming is such an urgent crisis that the incremental approach of corporate engagement does not move nearly fast enough. Advocates from Fossil Free PC(USA) are suggesting that the assembly could do both – support the MRTI recommendation and also pursue divestment more broadly.

Some of the debate may have to do with the details – including whether this assembly should stick to the path set by the 2018 General Assembly when it approved a set of metrics for MRTI to follow and assess progress as it engages with companies.

During a Zoom meeting April 28, the board approved a comment (Item G.102) on an overture from the Presbytery of Arkansas which encourages all congregations and presbyteries to learn about and start the process of divesting from fossil fuels, using lists compiled by Carbon Underground 200 and the S & P Global Industry Classification Standard as its criteria. That overture also asks the assembly to direct MRTI to add all the companies on those lists to the Presbyterian Church (U.S.A.) divestment list.

The comment the board approved states that the overture “goes against existing General Assembly policies and the process MRTI has for implementing those policies” – a process that requires that each company’s performance be evaluated using the MRTI metrics approved by the assembly.

The comment also states that rather than using the Carbon Underground 200 or S & P lists, MRTI “is a leader in the Climate Action 100+” group – a collective action of investors with a combined $65 trillion in investments working to pressure large oil and gas companies to adhere to the goal of the Paris Agreement, an international treaty on climate change attempting to limit global warming to below two degrees Celsius. The companies involved in that effort include 167 “systemically important emitters” accounting for 2/3 of greenhouse gas emissions each year – many of which are also on the Carbon Underground 200 and S & P lists, the comment states.

So the debate is, at least in part, over strategy. Switching directions and placing all those companies on the PC(USA)’s divestment list would mean “MRTI’s ability to lead in this influential initiative and represent the PC(USA)’s unique voice in these corporate engagements would be nonexistent,” the comment states.

The overture also would direct the Presbyterian Mission Agency (PMA) “to be in conversation with presbyteries whose members are most dependent on the fossil fuel industry, in order to discern ways that we can support them as our society transitions away from our dependence on fossil fuels and jobs are inevitably lost.” The comment states that MRTI is already doing that.

The PMA board weighed in on other issues as well – including a comment suggesting the possibility that MRTI could get involved in work involving access to reproductive health care – a particularly intense issue in U.S. political rights as access to abortions is increasingly endangered.

The board commented on a resolution on reproductive justice presented by the Advocacy Committee for Women’s Concerns, asking the assembly to “direct MRTI to continue its work toward one of its foundational goals of advancing women’s rights through shareholder advocacy.” That’s an idea some shareholder groups are exploring but which has also, not surprisingly, created some tensions in coalitions of religiously-affiliated investment groups, which have worked together on issue such as climate change and immigration, but are not necessarily in agreement on abortion rights.

The comment the board approved (Item G.106) states that “considering efforts in recent years across the country to curtail access to reproductive health care,” the resolution “is critical and timely.” In 2019, the comment states, MRTI joined a campaign of faith and values-based investors “to engage large U.S. corporations about their policies and practices regarding reproductive health and reproductive rights.”

MRTI determined that involvement was “in-line with established PC(USA) policy,” including action of the 2012 General Assembly stating that “women and men deserve full access to health care as a basic human right” – including “access to health services that enable responsible family planning and honor the exercise of individual conscience and the gift of human life.”

The comment also refers to the 1992 Report of the Special Committee on Problem Pregnancies and Abortion – which the assembly also addressed in 2006.

Some of the comments involve internal business of the denomination – including a recommendation coming from the Special Committee on Per-Capita Based Funding and National Church Financial Sustainability that the General Assembly form a commission to oversee and facilitate the unification of PMA and OGA into a single agency. The PMA board’s comment contends that starting with a commission is not the right way to proceed – suggesting instead that the assembly consider directing PMA and the Office of the General to explore together possibilities for collaboration, and to bring a merger proposal to the 2024 General Assembly if needed.

If the assembly does form a commission for unification, the board’s comment suggests using an outside, non-Presbyterian mediator to assist those conversations. That language came as an amendment to the original language suggested – apparently born of small-group board conversations on April 27 that were not open to the public.

Some board members voiced their thoughts on the comment’s language suggesting that what’s needed in the PC(USA) are not structural changes, but a single vision for the church.

PMA already has spent significant time and money developing its Matthew 25 initiative and the restructuring plan announced last fall for the agency, said board member Rola Al Ashkar. “I really wish that single vision could already be the vision,” she said. She’d like to say: “Hey, we are doing great work here. If you want to join us, you are welcome.”

Said board member Bong Bringas: “I never knew that we did not have one vision in this denomination.”

The board also voted to approve three new worshipping communities to receive the 2022 Sam & Helen R. Walton Awards, with each receiving a $15,000 award:

And Brenton Thompson, chair of the board’s Nurture the Body committee, encouraged pastors and other church leaders to pay attention to temporary changes in the rules involving forgiveness of student loan debt for people employed in nonprofit settings.

“Literally, this can change lives,” Thompson said, directing board members to a resource (Item F.200) summarizing information on the temporary waiver. “The window for this only lasts until October.”