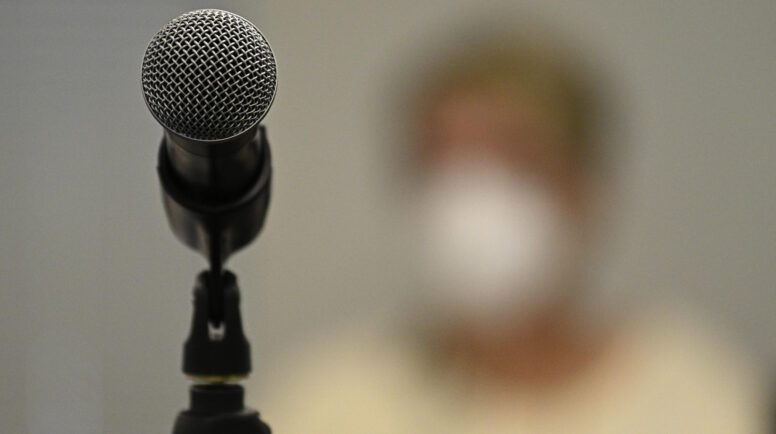 On the first day of committee meetings at the 225th General Assembly of the Presbyterian Church (U.S.A.), the rapidly changing landscape of what church looks like was on full display. Committees met for the first time in history in a hybrid format to include both in-person and online. While the technology posed some challenges, including PC-Biz, the primary tool for information and voting being hacked by what were believed to be internet bots mining data. The situation was quickly remedied by the technical team.

The landscape shift was evident as the Mid Councils Committee met for the first time to wrestle with how new ways of being church are developing in real time, from how commissioned ruling elders serve churches to new worshipping communities that do not yet have a place in the existing governing structures of the PC(USA).

With more churches unable to afford seminary educated ministers of Word and Sacrament, the role of commissioned ruling elders has become more prominent throughout the denomination. The first item for discussion in the committee was MC-05 on who may moderate session meetings and whether a moderator may serve electronically. While teaching elders ordinarily moderate sessions, presbyteries can also appoint ruling elders. The overture asked how many sessions a ruling elders could be commissioned to moderate in each period. The Advisory Committee on the Constitution informed the committee that presbyteries may already appoint anyone they wish, whether ordained or not, to moderate a session meeting and the proposed amendment was redundant to existing language in G-3.0104.

After an hour or so of debate, the committee removed the language deemed redundant by the ACC, and approved recommendation of the amended MC-05 by a vote of 25-6 replacing the proposed language with the following to respond to the question of electronic meetings and moderating remotely: “It is appropriate for councils to adopt procedures that may allow for electronic session meetings.”

The PJC ruled “[t]here is no Book of Order language which limits the number of churches or congregations a Commissioned Ruling Elder can serve,” only that they are “designated by presbytery.” The ruling elder who was the subject of the PJC case, Laura Munroe, happens to be a member of the Mid Council Committee this year from Presbytery de Cristo, though she is now an ordained teaching elder.

Item MC-08 seeks to amend G-2.1001 to explicitly state a presbytery may assign a commissioned ruling elder to one or many validated ministries or congregations, with no limit, and may be authorized to one long-term agreement to serve in multiple assignments at once or for a limited time.

The ACC raised concerns about some language it deemed vague and undefined in any other part of the Book of Order. In its comments on PC-Biz, the ACC proposed an alternate resolution to simplify, explicitly expand the limits of commissioned ruling elders to serve multiple congregations and keep the terms of the overture consistent with the rest of the Book of Order. Munroe spoke briefly in support of the ACC’s alternate resolution. Ultimately, the committee voted to recommend the ACC’s alternate version by a 32-0 vote.

In the afternoon, items MC-01 and MC-07 came up for debate, addressing the inequity of the more than 400 new worshipping communities, new church developments and emerging fellowships in the denomination over the past several years. Many of these communities are made up of new immigrants to the U.S., another sign of the ever-shifting landscape of being the church. Discussion ensued about the lack of representation in the statistics and power structures of the PC(USA) of such communities, especially those among immigrants as they are not chartered and have no session. They are therefore not represented in statistical reports nor at presbytery meetings.

Item MC-07 seeks to direct the Office of the General Assembly to develop guidelines for chartering such communities so they may develop sessions and include them in the annual denominational statistical reports. One commissioner raised concerns about these communities being able to afford the exorbitant costs of chartering. Item MC-01 sought similar recognition and representation. To begin remedying the inequity of these communities, the committee recommended approval of item MC-07 by a vote of 26-4 and to answer item MC-01 with the action on MC-07.

Related to all the previous items, the last major business for the day was MC-10 on establishing a task force to “explore the theology and practice of ordination” of ruling elders and to recommend changes to the Book of Order at the next assembly in 2024. The goal of the overture is to have as broad of representation on the task force as possible to ensure non-chartered communities, smaller churches and more rural churches have a voice to help re-define how their communities fit within the PC(USA). A significant amount of time was spent revising the list of those to be included on the task force.

Valerie Izumi, associate stated clerk of the General Assembly, who helps coordinate the GA nominating process, cautioned the committee by saying as the committee adds more categories of people to be included “[i]t makes it harder for moderators to fill committees … Be careful how many categories you add.” She mentioned a task force formed in 2018 has yet to be filled because the specificity of its membership.

After some amendments passed and some failed, and after a long day, the committee chose to postpone a final vote on item MC-10 until tomorrow morning.

The final item of business for the day was MC-04 on creating a task force to explore a new nongeographical Korean presbytery in the western U.S. A letter was received from the Presbytery of the Northwest Coast requesting the item be voted down. The letter explained the presbytery attempted to withdraw the overture but missed the deadline. The committee voted to recommend disapproval with a comment describing the letter on a 26-2 vote.