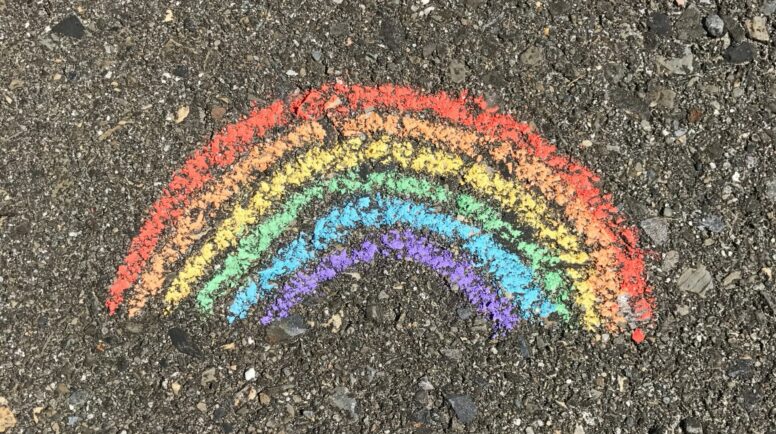 The Bible portrays language as a gift and a challenge. The book of Genesis tells us that one of the marks of God’s good creation is variety and diversity. Different languages are part of that goodness. Genesis 10 surveys the peoples and nations that have come into being, repeatedly noting that they exist “with their own language” (Genesis 10:5, 20, 31). Next, Genesis 11 tells of the building of the tower of Babel, where “the whole earth” was brought together in a single work, subsumed in a single language, a nameless mass. God disrupts this example of homogenization with its one language: “Come, let us go down, and confuse their language there, so that they will not understand one another’s speech” (Genesis 11:7). Language has become “confused,” making communication across different languages difficult. Most people are not multilingual and no one is fluent in every language. Translation and interpretation have become necessary.

This is the focus of the work and mission of the PC(USA), A Corporation’s Global Language Resources (GLR). We aim to provide a service where people who speak different languages have access to the table where information is disseminated and decisions are made so they can join the process of discernment. 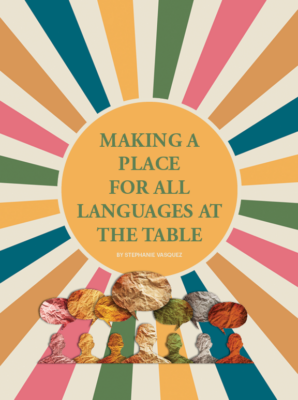 If we look back, translation is particularly vital for Presbyterians. We make decisions through counsels in which those commissioned to lead us discuss and discern together. We require translation if we are to hear one another in this process. Those not commissioned to lead need to understand decisions that are made, and we require translation if they are to do so. When we come together to dialogue, it is important that we can express ourselves in the language that most fully conveys the depth and nuance of our hopes and ideas, our frustrations and questions.

GLR was established to enable the Presbyterian Church (U.S.A.) to be better Presbyterians. The PC(USA) recognizes the right everyone has to communicate in the language in which we feel most comfortable. For instance, the Book of Order says that “The words we use in worship are to be in the common language or languages of those who are gathered, so that all are able to receive the good news and respond with true expressions of their faith. Through the rich variety of human speech, we bear witness to God’s saving love for all.”

The history of GLR

In 2018, the General Assembly affirmed the recommendation of the Way Forward Commission to establish GLR. This ministry enables all people to participate and talk with one another, each using the language in which they feel most comfortable. GLR was established in the beginning of 2019 as part of the Administrative Services Group to develop a ministry that would allow people from different languages to gather, worship and share the good news of the kin-dom of God in their own language. GLR strives to provide dialogue across language through the use of strategies to bridge differences in language. It is important that we, the people of God, feel respected as speakers — not just what we have to say but also how we say it. For these reasons, strategies for bridging the divides of language are essential to any endeavor that truly seeks to be inclusive of people from different cultures, backgrounds and perspectives. This makes GLR a key component of both racial and social justice work in the life of the PC(USA).

An important part of GLR’s social justice work is the Language Justice training we offer, where we help guide folks in their journey to provide accessibility to non-English speakers in their councils and entities. For instance, I trained staff and interpreters at the Protestant Center for Pastoral Studies in Central America (CEDEPCA) on the best practices of interpretation as well as how to be inclusive with Indigenous folks and how to work effectively with their U.S. church partners.

We are committed to providing equipment to accommodate more than two or three languages at a single event. Thus, we are dedicated to making sure that many languages are represented at the table so that there is a full integration in the conversation, leading to a feeling of openness, acceptance and willingness to listen.

This work can look many different ways. For instance, the Presbytery of San Francisco uses our interpretation services for their presbytery meetings in Mandarin, Korean and Spanish. Pittsburgh Theological Seminary (PTS) recently used our interpretation services to provide multiple language interpretations for those who attended the McClure Lecture featuring Scott Hagley, associate professor of missiology at PTS. We also just partnered with Presbyterian Outlook to translate their General Assembly bulletin inserts into Spanish and Korean.

Another great example of a presbytery striving for diversity and inclusivity in worship is the Presbytery of Southern New England, who has decided to charter a Brazilian New Worshipping Community. To do this, they need the Book of Order translated. They came to GLR and requested this service and committed to pay half of the expenses (since it is a constitutional document, A Corp pays the other half).

GLR and the General Assembly 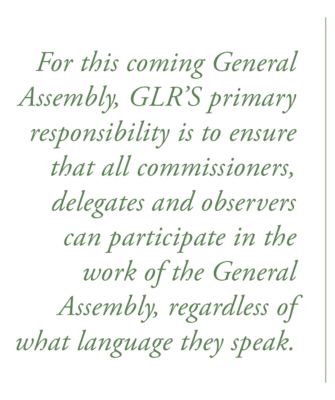 With the first online General Assembly in 2020, GLR was put to the test by providing live remote interpretation in Korean and Spanish. For this coming General Assembly, GLR’S primary responsibility is to ensure that all commissioners, delegates and observers can participate in the work of the General Assembly, regardless of what language they speak.

Through new technology that helps with remote interpretation, Zoom continues to be the chosen tool to make interpretation happen during this General Assembly. Because of COVID, we have been and continue to explore and experiment with remote simultaneous interpreting. A person who needs interpretation during a meeting conducted in English can select a language channel and hear the interpreter through earphones on their computer or even their phone. The participant can interact within the meeting with an interpreter facilitating the communication.

Another tool that we have used this new year is machine translation, which has allowed GLR to produce more than 500,000 translated words for the 2022 General Assembly alone, including training material, presentations, overtures, reports and more. This General Assembly feels special to us because it is the first year that we have candidates for co-moderator who speak a language other than English. This opens the doors for other folks to feel inspired to come and participate, to speak up and show up for the church and its membership while keeping their identity through their language. 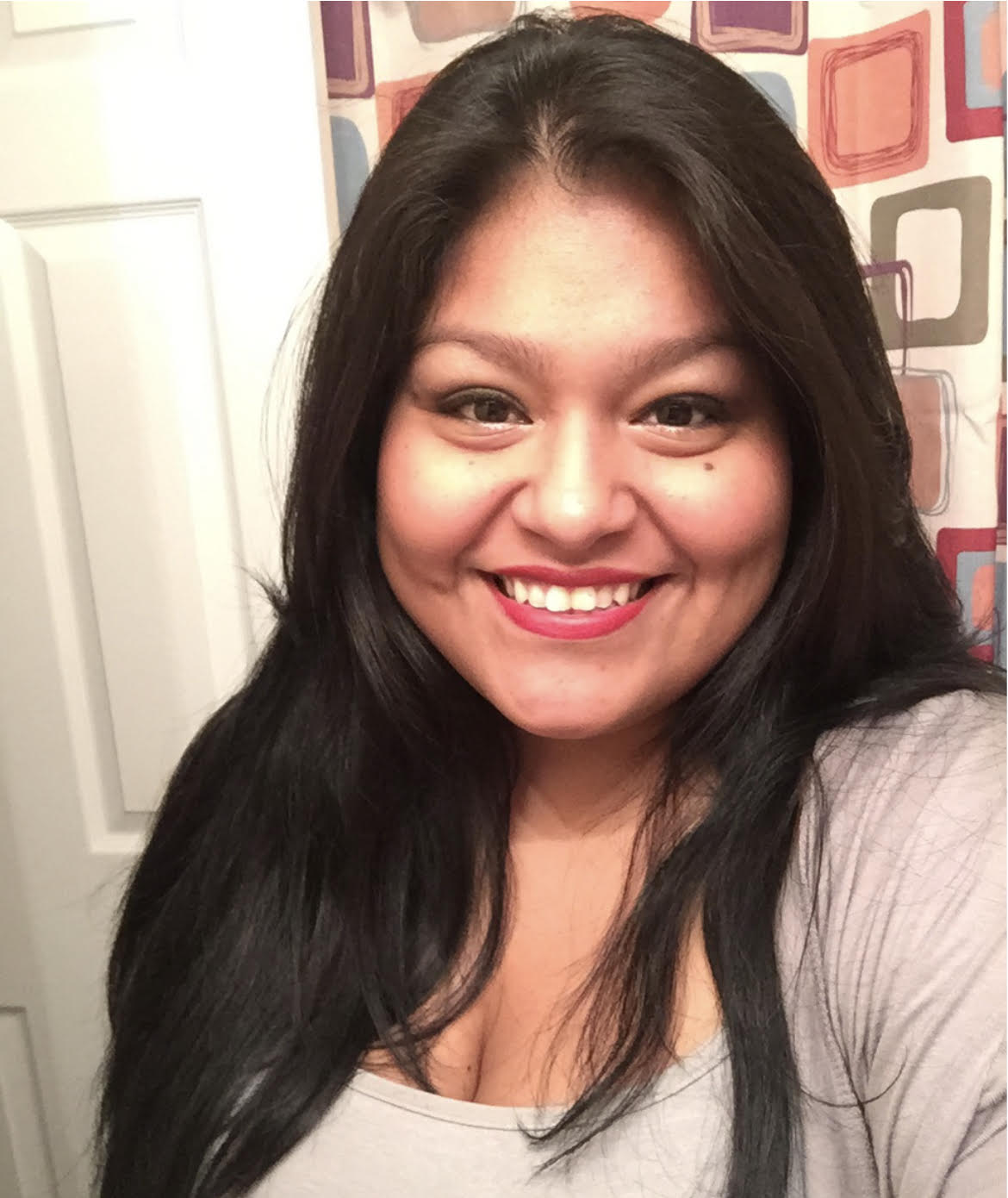 Stephanie Vasquez serves as the manager of the Office of Global Language Resources at PC(USA), A Corp. Born in Trujillo, Peru, she attended the School of Translation and Interpretation at Ricardo Palma University in Lima, Peru. She later graduated from Indiana University with bachelor’s degrees in international studies, political science, French and Spanish.