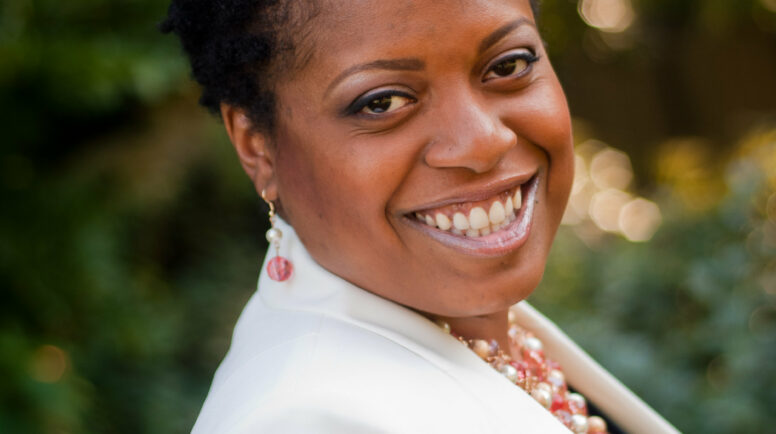 Last week after we’d learned about a second extrajudicial killing of an African-American man, I put the following plea on social media to white friends who were in lament and wanted to know how much longer we’d have to hear these stories: “White people, you have heard it said that you must talk to other white people about racism, and you must. But don’t talk to them about their racism. Talk to them about YOUR racism.” Many friends and colleagues took the plea to heart, and others bristled. Some took exception to the terms “racism” and “white supremacy” and the suggestion that they apply to the terms to themselves. I think it’s worth examining what we mean when we say “racism” and “white supremacy.”

A few weeks ago, the 222nd General Assembly adopted a revision of the PC(USA)’s anti-racism policy, which in part reads:

“Through colonization and slavery, the United States of America helped to create and embrace a system of valuing and devaluing people based on skin color and ethnic identity. The name for this system is white supremacy. This system deliberately subjugated groups of people for the purpose of material, political, and social advantage. Racism is the continuing legacy of white supremacy. Racism is a lie about our fellow human beings, for it says that some are less than others. It is also a lie about God, for it falsely claims that God favors parts of creation over the entirety of creation.”

In her book, “Stand Your Ground; Black Bodies and the Justice of God,” Kelly Brown Douglas examines the notion of American exceptionalism and its origins in the “Anglo-Saxon myth.” She notes the influence of the Puritans (who considered themselves the pure remnant of the freedom-loving and exceptionally moral Anglo-Saxons) on the psyche of the British colonies and later the American nation. The idea of American exceptionalism is intrinsically linked to not only faith, but Germanic (and Norse) heritage. That exceptionalism necessarily excludes those not of that heritage.

The General Assembly also voted “to confess [the PC(USA)’s] complicity and repudiate the Doctrine of Discovery.” Dating back to the 15th century and expounded by the U.S. Supreme Court in 1823, the Doctrine of Discovery created the theological framework for colonialism and was the undergirding for white subjugation of indigenous peoples and even the TransAtlantic slave trade. For hundreds of years, Europeans violently colonized lands under the guise of bringing Christianity to indigenous peoples, while simultaneously decimating indigenous cultures and replacing them with, as much as possible, European cultures and ideals. At the leading of Thomas Jefferson, America in its infancy adopted the Doctrine and the practices of its European predecessors.

We literally cannot extract white supremacy from the foundations of American identity. Even after we’ve rid ourselves of separate water fountains, we still have de facto segregation in the form of housing/lending discrimination, gentrification and “white flight” from neighborhoods and school districts that begin to attract people of color. Think of it this way: Throughout our history, from the colonial period to today, we have only had equal rights for all human beings under the law for about one seventh of that time. It is simply unrealistic to expect to be completely purged of an ideology that officially drove us for 86 percent of our existence. White supremacy is still here, and it is still poisoning us all.

Let me be very clear: One does not have to be malicious or hateful to be racist. One needn’t even be intentional about it. White supremacy is so pervasive, insidious and thoroughly woven into the fabric of our society that it is quite easy to be racist. In fact, it’s difficult to not be racist. It’s difficult to intentionally examine how one has been socialized one’s whole life. It’s difficult to interrogate lessons we don’t even know we’ve been taught. And for those who may say, “I wasn’t raised that way; I was taught to view everyone as equals,” it is important to remember that our families of origin are not our only teachers. Speaking of my own internalized racism, no one in my family explicitly taught me to hate my kinky hair as a little girl. I only needed to watch television and see literally no little girl with hair or skin like mine to learn that I was inferior and undesirable. And these were messages I remember internalizing as young as four years old. I had to learn to reject those messages and love me – all of me. White supremacy had no interest in loving me, validating me or even acknowledging my existence.

I often liken privilege to a baby’s pacifier. It will keep the child quiet, and she may even forget momentarily that the pacifier is in her mouth. But try to take the pacifier away from her, and we run into problems! Privilege is pacifying, and many are content to be quieted.

To ask white people to examine their racism is not to ask them to feel guilty (for guilt produces nothing but defensiveness and paralysis). It is to ask white siblings to be brave enough to interrogate a system that is entrenched and doesn’t readily announce itself, a system from which they benefit. White people who are committed to fighting racism face the daunting challenge of rejecting that which keeps them in relative comfort. For those who may ask why this is the task of white people specifically, it is because white supremacy/privilege endows white people with power. What’s most ironic, however, is that white supremacy also endows white people with the power to dismantle it! If it were enough for people of color to demand its destruction, white supremacy would have been gone years ago. To quote Frederick Douglass, “Power concedes nothing without a demand. It never did and it never will.” The demand has been there, but the power must be the one to concede.

I believe the most powerful and authentic way white people can dismantle white supremacy is to be transparent about the ways it has harmed them. Since putting out that off-the-cuff call to my white friends on social media, I’ve watched them share powerful stories of white supremacy’s effects on them. They’ve boldly confessed how they’ve failed their siblings of color. They’ve honestly admitted their internalized biases. They’ve fought embarrassment in favor of candor. They’ve made it personal. They’ve been prophetic. We can talk about racism and white supremacy from a clinical, academic and sociological perspective until we’re blue in the face. Nothing, however, will be more powerful than a personal narrative, especially one that employs the kind of courage needed to bare one’s soul in this manner. Doing this frees others to do the same. It lets others know it’s okay to be vulnerable and look inward to one’s own heart. Soon, that insidious thing suddenly has a giant spotlight on it. It cannot hide. It cannot pervade. It cannot thrive.

We Reformed Christians value confession not because we like feeling guilty, but because we know that sin hurts us and others around us. We know we find our healing in presenting our wounds to the One who can bind them. It frees us. We know that God’s grace is sufficient for us – meaning that we don’t have to trust in our own goodness (or be dejected when we fall short).

DENISE ANDERSON is co-moderator of the 222nd General Assembly and pastor of Unity Presbyterian Church in Temple Hills, Maryland.