How did it happen that I became so dependent on church hymns to function, to flourish, to live the Christian life, to worship, even to get through the day? 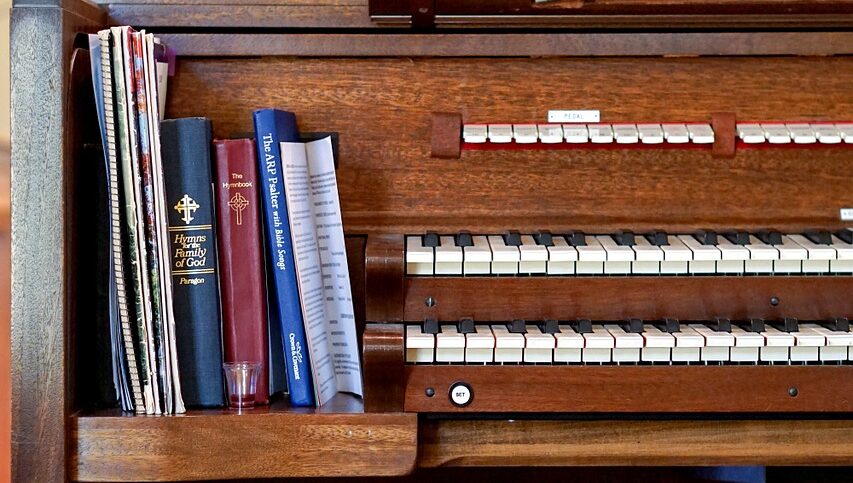 I have never been much of a musician. I play no instruments, but can peck out a tune if necessary. I have a somewhat musical ear, but those close to me jab me in the ribs when I try to sing harmony on hymns.

I have no extraordinary gifts in this area of church life is all I am trying to say, and yet the more hymns I encounter, the harder it is to live without them. Like my collection of books, they have become a part of me, they have found a place in my heart, they have helped me sing my faith when other things, the right prayer, a lousy sermon, a pastoral crisis, could not find the right words.

I used to have a list of 5-10 hymns I’d carry in my virtual back pocket that I regarded as non-negotiables in my hymn pantheon, but my problem now is my list keeps expanding.

Depending on the day or the mood, I cannot live without singing and hearing Kathleen Thomerson’s “I Want to Walk as a Child of the Light,” which I thought sounded like an ancient unrhymed hymn from the medieval period, only to find that it was written in 1966 on a long drive home as she was caring for her ailing parent.

Like unto it is Sylvia Dunstan’s 1984 text set to a 17th century Picardy melody of “You, Lord, Are Both Lamb and Shepherd,” which she wrote on a commuter bus, reflecting on the work of Søren Kierkegaard, after a “particularly bad day” of prison ministry. Let’s turn that into a math equation: a 17th century French melody + a challenging day of prison ministry + Kierkegaard + a gifted hymn writer in 1984 = a beautiful new hymn to sing in the discipleship challenges of the 21st century. She had me at Kierkegaard, but still, what an impressive confluence of events, texts, sights and sounds has been compressed into a text that causes us to sing our hearts out and shudder as we worship the
“earthly Jesus, cosmic Christ and everlasting instant.”

Some of what I know about these hymns has simply come by reading the annotations in the “Glory to God” hymnal. I know many look back at the “golden era” of the red hymnal or the late 1980s blue hymnal with a swath of new hymns all of which seemed to be set to Abbot’s Leigh (for most of you reading this who are not Presbyterian hymnal nerds, that is a joke), but as for me and my house, it is no contest that the collection of hymns found in “Glory to God” is the finest hymnal this side of eternity. Mary Louise Bringle, and the hymnal committee she chaired, are to be commended — not only offering us “new” hymns from North America and around the globe, but also for reintroducing us to “new” old hymns that some of our parents and grandparents still know by heart.

Singing “O Splendor of God’s Glory Bright” is not only a jaunty hymn of praise to the triune God, but was also written around 374 A.D. by Ambrose of Milan, the person who baptized Augustine of Hippo into the Christian faith. Singing this hymn in worship makes me smile — partly because I have to chuckle at the contemporary music extremists who genuinely believe that a hymn that has sustained Christians, and has been on generations’ lips to God for 1625 years of our approximately 2000 years of Christian witness, is now suddenly out of fashion and irrelevant. Think about that: This hymn was a hymn in some form before the fall of the Roman Empire, more than 600 years before the break up of Christianity in 1054 between East and West, this hymn was 1000 years old more than 100 years before the Reformation. This hymn traveled the globe. This hymn was translated into many forms and tongues. But now, because it doesn’t work with a snare drum and electric guitar, it’s out of date and “unable to reach the next generation.” Give me a break. Thankfully it keeps defying the odds and finding a way to nourish our hearts, enrich our minds, and lift our souls in worship.

Hymns often have an inexplicable hold on us, and for me it comes in the form of William Cowper’s “Sometimes a Light Surprises.” I have no idea why, other than it is a beautifully composed piece of text paired with the Irish folk melody Salley Gardens. Perhaps it is because it was written by a poet and writer who struggled with depression and inner demons and eventually succumbed to them; that does make it particularly poignant. But it is not a hymn of grief or even somberness, but a hymn of trust in the God who “clothes the lilies, whose abiding presence turns my voice,” and in whom “confiding, I cannot but rejoice.”

William Cowper lived 250 years before me, I know little about his personal life, his daily routines, his personal joys and sorrows, his friends, family or church activities. I know he was a friend of fellow “Amazing Grace” composer John Newton. I know he opposed the slave trade and was an advocate for ending slavery. I have heard he had personal struggles with depression and personal demons that visited him from time to time. I don’t know if we would like each other, get along or have much in common at all, but his hymn helps sustain my faith.

His words on my lips helps give my own life a sense of hope. His words of faith and comfort speak to the challenges and demons lurking. His vision of the glorious light and presence of God brings my own “soul a season of clear shining and cheer.” May we be reunited in the life to come where we will be able to join in that unending chorus of praise, forever and ever. Amen. 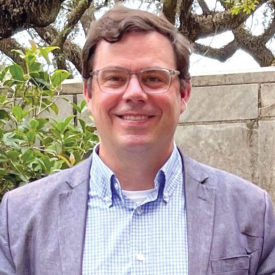