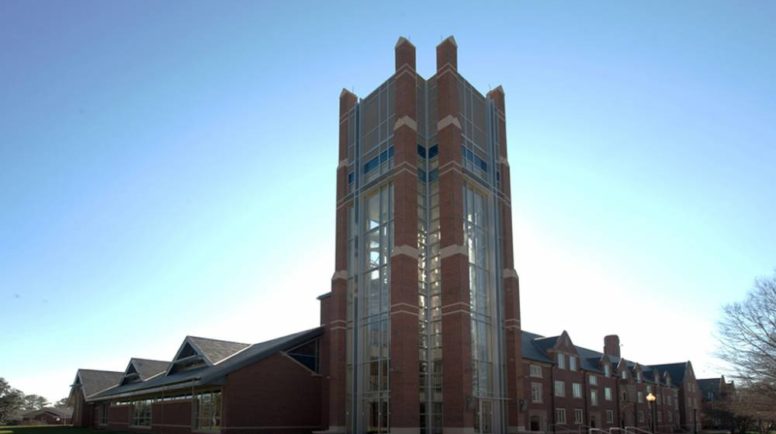 Whether through the Atlanta Journal Constitution, the Religious News Service, or the Presbyterian News Service, news of the recent termination of the Rev. Samuel L. White III as the Director of Admissions and Recruitment from Columbia Theological Seminary (CTS) has made its way to many of us in the church and especially in circles of alumni of the seminary. This news has been accompanied by reminders of other controversies at CTS involving student and staff conflict regarding racial diversity and international students. I am not on campus or knowledgeable of these matters and do not wish to address them. I do believe this latest news, however, might draw us into a conversation about enrollment at seminaries, particularly my alma mater Columbia Theological Seminary.

As an alumnus, I receive CTS’ Vantage magazine, and I have noticed in recent years how the pictures containing each year’s graduating class seem to include fewer and fewer people. I was also disheartened when I recently asked the seminary for a list of PC(USA) candidates, to help two associate pastor search committees, and they were only able to provide one or two names.  This led me to do some research into the graduation numbers at CTS. Has there been a shift in the student body size since 2011, my graduation year?

Columbia is fortunate to have a magnificent online archive of Vantage magazines. Each year, they publish their graduating classes by degree. Most years, they list each graduate, their undergraduate institution, their hometown and their “placement” or the ministry setting where they will serve next. Because of my particular interest in pastoral candidates, I based my initial research on the Master of Divinity (M.Div) degree.

Using the C. Benton Kline, Jr. Special Collections and Archives online database, I began my research by looking at 1971. The data reveals that each year the seminary grants between 20 M.Div students (1977 being the lowest year) and 56 M.Divs (2007 being the highest year). Between 1971-2013, the average is a class of 41 Masters of Divinity degree students. Beginning in 2014, however, that relatively consistent number drops to 28. From 2016-2019, Vantage prints a composite picture of all master’s degree students, and the magazine no longer shares graduates’ hometowns, undergraduate institutions or which degree they receive. There are 47 total graduates with master’s degrees in 2016, followed by 35 in 2017, 44 in 2018 and 38 in 2019. These numbers include the Master of Divinity, the Master of Arts in Practical Theology and the Master of Arts in Theology.

I would be dishonest to say this small number of graduates is unprecedented in the history of Columbia Theological Seminary. In the 1970s, the seminary saw graduating classes of between 20 and 49 students. This was a time, however, following the formation of the Presbyterian Church in America (PCA) and the loss of students and congregations into that denomination, many of whom had previously sought theological education at CTS. The campus was also smaller, and faculty and financial resources were significantly fewer than they are today.

Many publications, from the Association of Theological Schools to denominational publications, report that seminary enrollments are down nationally and in almost every Christian expression. What surprised me in my research, however, was how the decline in graduating class size at Columbia Seminary hasn’t been slow, decade over decade. Between 1986 and 2012, CTS averaged graduating classes of 100. From 2013 to 2022, that average is now 63. The total class of 2022 was 57 people.

I have not had time or resources to develop similar data on other seminaries within the PC(USA) to compare whether they follow this trend of a precipitous decline in the last ten years or if their declining enrollments and graduation numbers are more consistent year-by-year. This would be useful information in this ongoing conversation about our seminaries and the students they are educating. There is also an important conversation to have about how many of our seminary students are going to serve in congregations and how many of those congregations are PC(USA). But, for this moment, I am simply looking at numbers for the viability of Columbia Seminary as an educational institution.

What puzzles me in this research is how this decline in enrollment has occurred while Columbia Seminary maintains a well-kept campus. For instance, the Riggs Commons residential hall was completed in 2009 and the Vernon S. Broyles Jr. Leadership Center was completed in 2012. The campus also has a large library, residential living facilities and a lifelong learning center. The CTS website lists 26 faculty members and 59 staff members. The school is set in one of the largest metropolises in the nation and boasts an endowment of roughly $284 million.

These schools obviously serve a larger student body and have more diverse degree programs than a seminary, but I highlight these examples to acknowledge that a seminary with the resources of a place like Columbia ought to be graduating more than 70 people each year between all degree programs if it is to be considered a viable institution of higher learning and theological education.

As stated earlier, I have no knowledge of the current controversy over White’s dismissal or if CTS’ admissions numbers met the standards set for this season of seminary life. What this latest controversy highlights for me, though, is that recruitment of a vibrant student populace in an age of rapidly declining belief in God and apathy to congregational ministry is an immense challenge, and addressing that challenge should be paramount to the future of CTS. The numbers of the last decade do not indicate that this has been a priority at every level of the seminary’s life and community.

I hope that Victor Aloyo, CTS’ new president who arrives this summer, will bring his expertise in diversity, equity and inclusion to think of creative ways to vitalize the campus. I hope that he will also work with great care, creativity, and intentionality in hiring those in the Admissions Office and all those overseeing enrollments, ensuring that Columbia Seminary has a student body in number that matches its resources of facilities, faculty, and endowment. 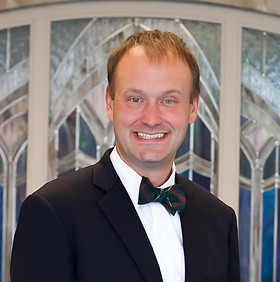 Andrew C. Whaley is the pastor and head of staff of the Raleigh Court Presbyterian Church in Roanoke, Virginia where he has served since 2015.  He is a graduate of Columbia Theological Seminary and Rhodes College and previously served as a pastor in eastern Tennessee. 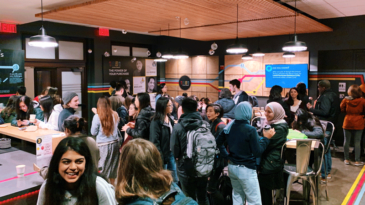