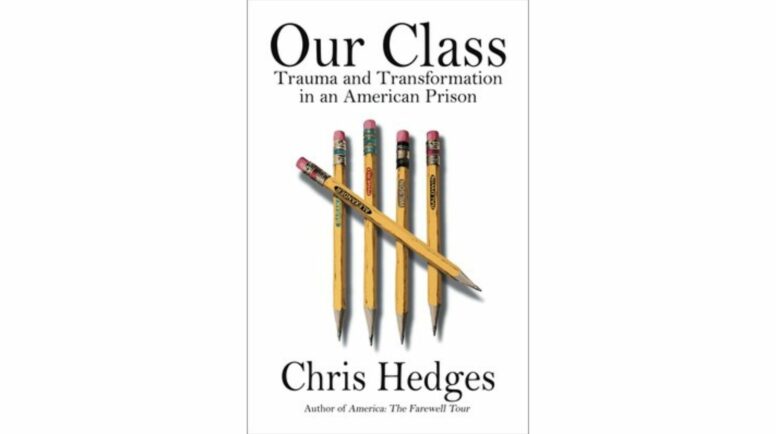 “Students got into the college program at East Jersey State Prison by keeping their disciplinary records clean. I would often hear that prisoners ‘age out of crime,’ and that is probably the best way to describe my students. They held back emotionally. They watched me carefully. They trusted few people and only after long observation. They had clearly demarcated lines that you crossed at your peril. But they did not have the impulsiveness and immaturity of younger prisoners.”

Chris Hedges’ realism in this quotation from Our Class reflects his longtime experience as a reporter. Hedges background includes years as a Spanish-and-Arabic-speaking war correspondent for The New York Times and authoring his breakthrough book War is A Force That Gives Us Meaning. His outspoken opposition to the second Iraq war was part of his resignation from the Times, but his justice-oriented faith was also a factor. He became a freelance commentator and part-time college professor. Then, in 2014, he was ordained and installed as associate pastor for social witness and prison ministry at Second Presbyterian Church in Elizabeth, New Jersey — seven miles from the East Jersey State Prison. Our Class confirms the wisdom of that long-delayed ordination.

Hedges first asks his inmate students, “Why are theater, music, poetry, literature and art important in our lives?” We can imagine the dead silence that follows. He continues: “The role of art is transcendence, creating the capacity for empathy, especially for those who appear strange, foreign, different.” Deeper than entertainment alone, art deals with non-rational elements essential to human wholeness: “Grief, beauty, truth, justice, a life of meaning, the struggle with our own mortality, love. These non-rational forces are honored by the artist. The origins of all religions are [suf]fused with art, poetry, music. This is because religion, like art, deals with transcendence, with empathy, with justice, with love…”

Hedges plans to introduce the men to great plays, adding theological perspectives from James Cone and Cornel West. Since only a handful of the 28 students have read a play, Hedges asks them to write remembered dialogue from their own lives.

It’s part of the prison code not to speak about the process of interrogation, sentencing and plea deals, yet some of the men recalled dialogue from those painful moments. Others shared the suffering and abuse experienced in their families, who were often under-resourced and frequently wracked with addictions, abandonment and violence. A tall man named Timmy waits until the rest of the students have left to whisper: “’What if we are a product of rape?’” Hedges writes, “I was momentarily thrown. ‘Then that’s what you have to write,’ I said.”

As the students develop a play of their own, they focus on coming to terms with their poverty and the destruction of their families, furthered by their lengthy prison terms. “The process of disengagement, students said, normally takes five years. By then, the exhaustion, humiliation, alienation, and stress defeat even the most determined. Prisoners are largely on their own. … [T]hough the idea that there is a family on the outside that cares … is important.”

The final play incorporates 28 voices, with each man playing a role (often a version of himself) in a staged reading. During the performance, “Timmy, when he read about calling his mother from prison, broke down. He stood alone on the stage clutching his script, shaking visibly. … This was the monologue in which he took the weapons charge on himself so that his half-brother, the son his mother loves the most, would not go to prison. It was the same monologue in which he revealed that he was a product of rape. … He never looked up or engaged the audience. [But] His grief reverberated throughout the [prison chapel].”

This play, and the stories it contained, was an experience of transfiguration. The men’s hard distrust and suspicion had been cracked by empathy and the power of vulnerability. The power of violence had been broken by the truth of suffering, revealing different faces of the men.

The play, “Caged,” gave them the opportunity to reflect the glory of God in each other’s faces without the veil of judgment. God worked through the art of the play. The prison may not have fully become the zone of freedom, but it became a place of grace. Tall Timmy’s monologue was only part of its mixture of auto-biography and confrontation with revenge.

In emphasizing this as a story of the transfiguration, I admit to using it as a sermon illustration. But I don’t think Hedges would mind. He preaches Jesus at the graduation of some of the men. He brought in Moses and Elijah in the form of Cone and West — who attended the staged reading.

Hedges’ testimony relies a lot on authenticity. At his best, he is the guy that jumps in first. He hates long-term incarceration; it is one of the systems he is called to call out. This book shows that he can do one-on-one pastoral work as well, with some pretty disbelieving people. Hedges often writes apocalyptically about the end of the middle and liberal classes and churches — as well as the end of democracy. In Our Class, he embraces those who have experienced various armageddons. Because of his own exposure to violence and PTSD in El Salvador, Iraq and elsewhere, he was uniquely equipped to help the men perform freedom from despair.

Every one of our congregations is a bit like Our Class, if we can understand “our” peoples’ struggles. The church is called to share experiences of transcendence and transfiguration. Hedges encourages us to not patronize each other with assumptions about race, education, class and criminal status. Those differences can be transcended. We are all part of God’s class. We may not be able to break down the prison gates, but we can pray to get the dialogue right in our own stories. And if we find ways to express the hardest truths of our lives, like Tall Timmy did, so much the better.

Presbyterian Outlook supports local bookstores. Join us! Click on the link below to purchase Our Class: Trauma and Transformation in an American Prison from BookShop, an online bookstore with a mission to financially support local, independent bookstores. As an affiliate, Outlook will also earn a commission from your purchase. 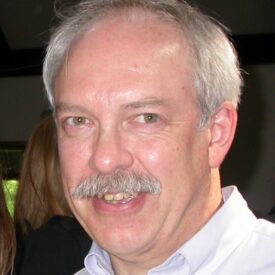