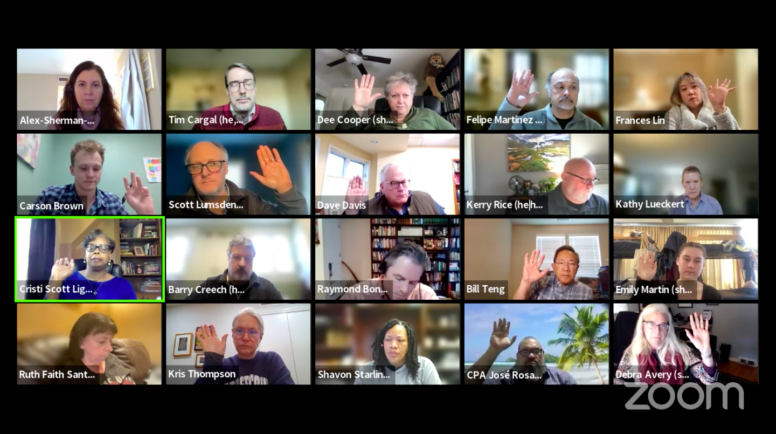 The Unification Commission votes in their January meeting. Screen shot by Lucinda Isaacs.

The commission charged with unifying the Presbyterian Mission Agency (PMA) and the Office of the General Assembly (OGA) met on Saturday, Jan. 21, to organize around the mandate to restructure the national offices of the Presbyterian Church (U.S.A.).

Co-moderator Felipe Martínez said the purpose of the meeting was “to strengthen relationship building amongst the commissioners” and “to reaffirm our common calling to serve God in this important moment in our denomination.”

This was the second gathering of the commission, which was created by the 2022 General Assembly with the purpose of long-term faithfulness and financial sustainability of the mission of the PC(USA). This move will involve coordinating the mission and ecclesial functions of PMA and OGA, and the commission will present a new Organization for Mission to the General Assembly in 2026.

The commission can, if needed, assume governance functions of both PMA and OGA.

Among other decisions on Saturday, the commission made public its covenant that promises prayerful, respectful and open-minded work as members manage and facilitate the restructuring. To read their covenant, click here.

Barry Creech, deputy executive director for administration for PMA, offered a calendar of the next six months and proposed assigning one aspect of the mandate to each month.

“This is a very large and quite vague mandate,” said commission member Debra Avery. “I don’t think we have anywhere near the specificity to begin to map out what we want to do on a month-to-month basis.

“That is a worry that I have,” she said. “This is very large and we haven’t broken it down enough yet.”

Co-moderator Cristi Scott Ligon assured commissioners that their work was just beginning and that they were still in the planning phases.

Commissioners discussed how to organize their work and what resources they might need, such as agency descriptions, organizational charts and basic budgets. No decision was made in regard to timing.

The commission also decided to use the online platform Moodle, available at equip.pcusa.org, for internal communication and to share material with the public. Meetings will be scheduled for the third week of each month alternating between Saturdays and weeknights. The date of the February meeting is to be set at a later time.

Co-moderators Martínez and Ligon opened the public portion of the meeting by sharing their thoughts on the commission’s work.

Martínez offered gratitude for “the work and ministry of the many agencies of the Presbyterian Church (U.S.A.) and the faithful and talented staff who carry out the work of the church in partnership with people throughout the country and, in fact, around the world.”

“We are particularly grateful for the work of OGA and PMA and in our siblings to the face who minister as staff members, board members, committee members and mission co-workers,” he said.

“This commission is gifted with committed and Spirit-filled members,” Ligon said. “We look forward to praying with and for one another, to offer each other grace as we deal with complicated matters and to look into the future of our denomination from a lens of God’s abundance.”

In the December meeting, Kerry Rice, deputy stated clerk for the PC(USA), shared that the commission has a budget of $44,000 in 2023 and $47,000 in 2024, which is enough for three in-person meetings for the 12 members. The first of those meetings was already scheduled for March 9-11 at the Presbyterian Center in Louisville with a hybrid link.

Rice suggested that a second in-person meeting could coincide with the Polity, Mission and Benefits Conference with mid council leaders meeting on Oct. 9-12, the location of which has not been announced. Meeting at that time could lead to meaningful conversations with mid council leaders with whom the commission is required to consult. Staff from both OGA and PMA will also be present at that event which would allow for more consultation in a short amount of time.

The recorded live stream of the meeting is available at https://vimeo.com/791491597. 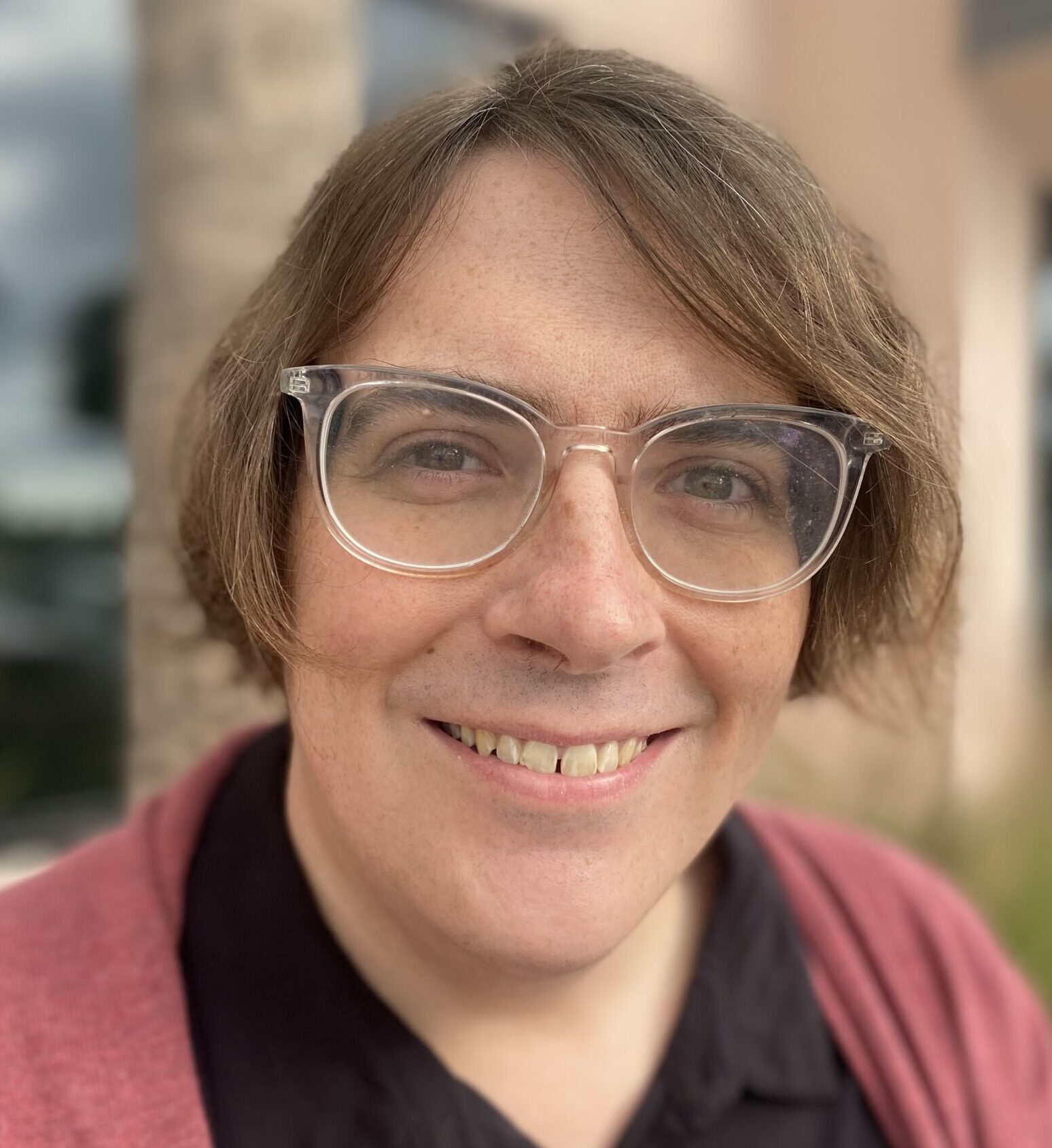 Lucinda Isaacs is a writer and PC(USA) minister from Southwest Ohio. She is currently studying creative writing and public theology.